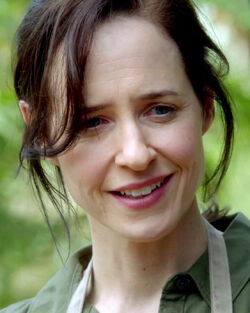 Lila died in 2037 from an apparent accidental drowning. Mrs. Hoving believed that Scarlett Davis and Elinor Church were responsible for Lila's death as they had been friends of Lila and were with her the night she died. They both lied about being friends with Lila after the fact.

Mrs. Hoving hired a private detective and he obtained recordings of the girls which proved that they had been friends. She passed this information onto the police, but was later told that the recordings were blank and it was being blamed on a magnetic surge.

Harvey Davis, the father of Scarlett, had heard that she had hired the private investigator and he paid money for the investigator and the evidence to disappear. She discovered that Avery had arranged this and told him and the other parents that they would all pay for it.

She hired a hacker to up the doses of Vero meant for Scarlett and Elinor on the Wollenberg's Chemulon-6 ChemPrinter, which caused their deaths.

Julian Wollenberg had a recording from Lila the night she died after taking Vero. In it, Lila reveals that she felt she was never going to be good enough. Julian told Detective John Kennex and Dorian that Lila was under tremendous pressure and that her mother always rode her hard.

Even after the evidence of the recording that Lila took her own life, Mrs. Hoving refused to believe it was caused by anything except the drug.

Mrs. Hoving kept notes and electronic sticky notes on a board in Lila's room tracking her own investigation into the death. The notes placed on the board are as follows:

On some graph paper, the following information was written by Mrs. Hoving.

Other dates referenced on the notes include March 24, March 25, March 26.

Mrs. Hoving's investigation notes
Add a photo to this gallery

Retrieved from "https://almost-human.fandom.com/wiki/Mrs._Hoving?oldid=8920"
Community content is available under CC-BY-SA unless otherwise noted.