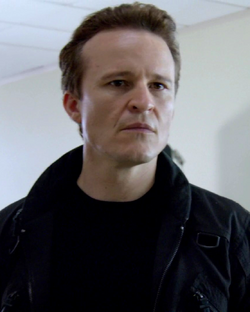 Lucas Vincent is a member of the Holy Reclamation Army.

The Police Department believed that Lucas Vincent was behind the hostage situation at the Sanderson Corporation. During the investigation it was revealed that a Face Maker was used by the gang to disguise themselves as members of the Holy Reclamation Army to throw off the investigation into the true crime actually taking place, a palladium heist. Gerald Leighton was using the face maker to disguise himself as Lucas Vincent.