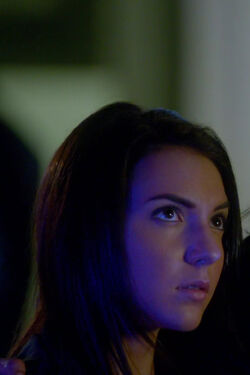 Jenna had initially been hiding under a desk, but Lucas Vincent heard her and brought her out to the main area on the 25th floor to be held with the other hostages.

Lucas Vincent selected Jenna to be his human shield and a tug of war ensued with Paige trying to take her place instead.

Retrieved from "https://almost-human.fandom.com/wiki/Jenna_Hernandez?oldid=7246"
Community content is available under CC-BY-SA unless otherwise noted.