Some inSyndicate members have a distinctive tattoo on the back of their neck.

inSyndicate were responsible for the ambush of the Police raid, led by John Kennex, on one of their locations.

The attack on the Omni truck where single strand synthetics i.e. programmable DNA was taken, along with acid, benthamidium, karonel and myklon red, was an Insyndicate operation.

The kidnapping of Pete Vogel and subsequent murder.

The incursion at the Police Precinct, with the MX-43s going offline and the attempted break-in to the Evidence room. 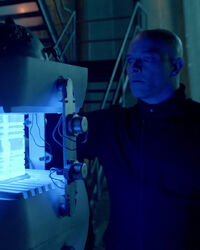 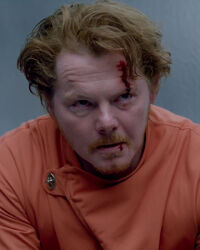 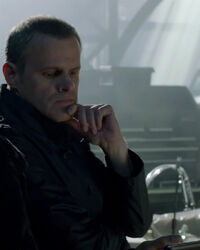