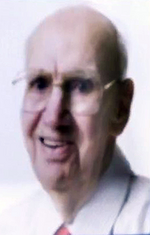 Edgar Wollenberg was the father of Julian Wollenberg. He lived at 14 Upper Riverside Drive, Grey Harbor.

Edgar and his wife chromed Julian late in their life. He owned a Chemulon-6 ChemPrinter in order for him to print his own pills. His doctors tried a number of alternative drug therapies toward the end.