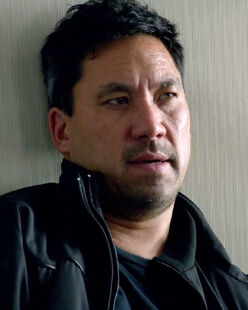 Danny was a member of Lucas Vincent's crew who took part in the hostage situation at the Sanderson Building which was a front for a Palladium heist.