Arrhythmia is the sixth episode aired of Season 1. For the original production order of the series, Are You Receiving? should be viewed sixth. (see season 1 episode list)

Detective John Kennex and Dorian respond to a suspicious death at a hospital where - before having a fatal cardiac arrest - a man claimed someone was trying to kill him, and inexplicably knew his exact time of death. As the investigation unfolds, a black market for vital organs is uncovered in which bio-mechanical hearts can be resold and remotely "shut off." As the team fights to find the pulse of this tech-centric crime, Dorian reconnects with a decommissioned DRN.[1]

"You should break a rule or two now and then, it’d look good on you"

"I’m in ride along hell"

- John Kennex to Rudy Lom about Dorian and DRN-494

"He’s grumpy on the outside, morose and malcontent on the inside"

- Dorian to DRN-494 about John Kennex

"Just because something is used, doesn’t mean it has no value" 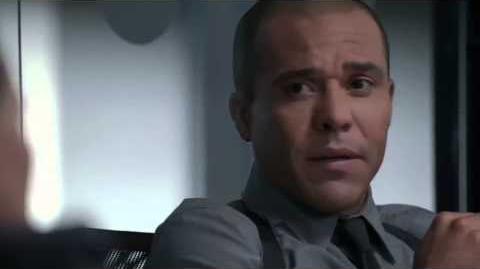 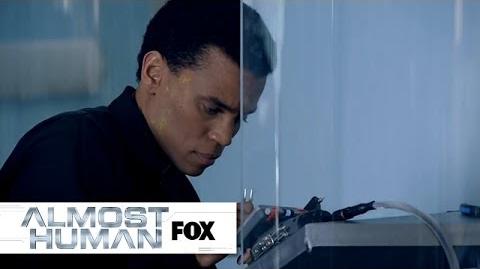 New Version Of You from "Arrythmia" ALMOST HUMAN FOX BROADCASTING 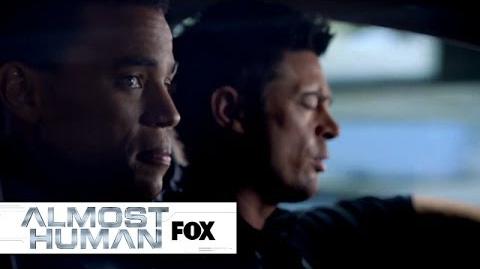 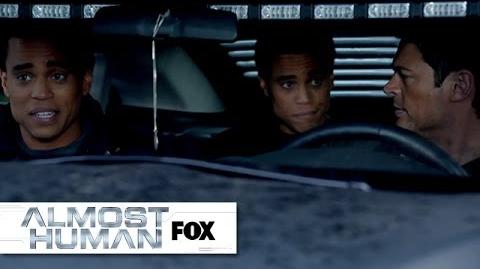 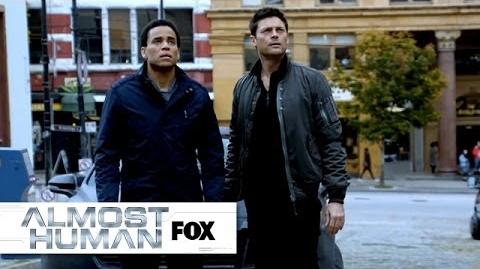